Home - Business Intelligence - Which Visualization Is Right For You?

Which Visualization Is Right For You?

Which Visualization Is Right For You?

Every day we consume a lot of data, whether it is in our personal life or professional. Newspapers, magazines, websites, statistical reports, PowerPoint slides being the common platforms. The most common way data gets depicted is through graphs or visualizations. They capture the essence of what data is trying to tell you or to put it more dramatically, they provide a medium for data trying to talk to you and tell you a story. It is prudent that the visualizations chosen are apt because they may give a different meaning compared to what the data represents if chosen incorrectly. This choice becomes even more crucial when decision making is dependent on the inferences are drawn from the visualizations.

Choosing the right visualization for your Business

BI and visualizations tools have made creating graphs very easy in the recent years. Almost all organizations that rely heavily on data for decision making have done away with Microsoft Excel for creating visualizations. This is because of two simple reasons. One, the size of data being used has increased a million-fold. Second, most other tools provide more variety in the number of visualizations which enables users to choose the right graph for a specific dataset.

Most BI tools like Tableau, Power BI, SpagoBI, Qlikview, Jaspersoft give anywhere between 10-15 basic visualizations to choose from. The users can further customize to create more visuals. With so many new visuals being available and many getting added year on year, users face the dilemma of choosing the right one for the data being used. For example, there is a transactional dataset for a geography, say the United states. So, if the user wants to represent the transactions at the state level, using a Bar graph or column graph will give a good understanding of the which state has the least or most values. However, representing transactions at city level using the same type of graph is not advisable. The simple reason being the visual will be too cluttered to derive any action out of it. Instead, if a Map is used for representing that dataset, it is not visually appealing but also meaningful to derive information. Visuals are therefore only effective if the person consuming it can derive any action item or explore a cause-effect relationship.

Choosing the right visualization is indeed an important and difficult task. But the choices may be shortlisted by deciding what do you wish to convey through the visualization. These can be generalized into the following groups:

The following chart types can be used when comparing values or outlining the extreme values across the spectrum of the data:

This is widely used when the data has to be distributed into subcategories and thus show how each subcategory behaves within that dataset. The following chart types can be used: 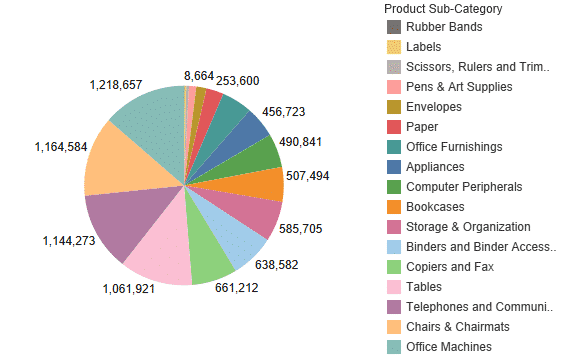 When your dataset consists of multiple data points and outliers need to be identified or a certain range has to be defined to cluster your data, the following chart types can be used: When you want to understand how one or multiple data points affect the other, the following charts can be used: 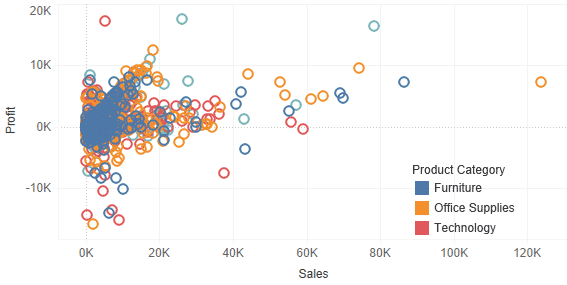 You may see several charts being repeated in the above groups. This is because the same chart type can be used to gain different insights into the data. It would depend on the data points being used and the formatting of the chart. Furthermore, the data could be continuous or discrete and therefore most common charts like the line, bar, scatter plot can be used in more than one way.

When does a visualization Fail?

We hope this visualization selection guide helps you drive your business in a much-organized manner. For more insights on Choosing the right visualization please feel free to get in touch with us through sales@bistasolutions.com , you can also write your feedback to tell us what you think about this blog at feedback@bistasolutions.com.